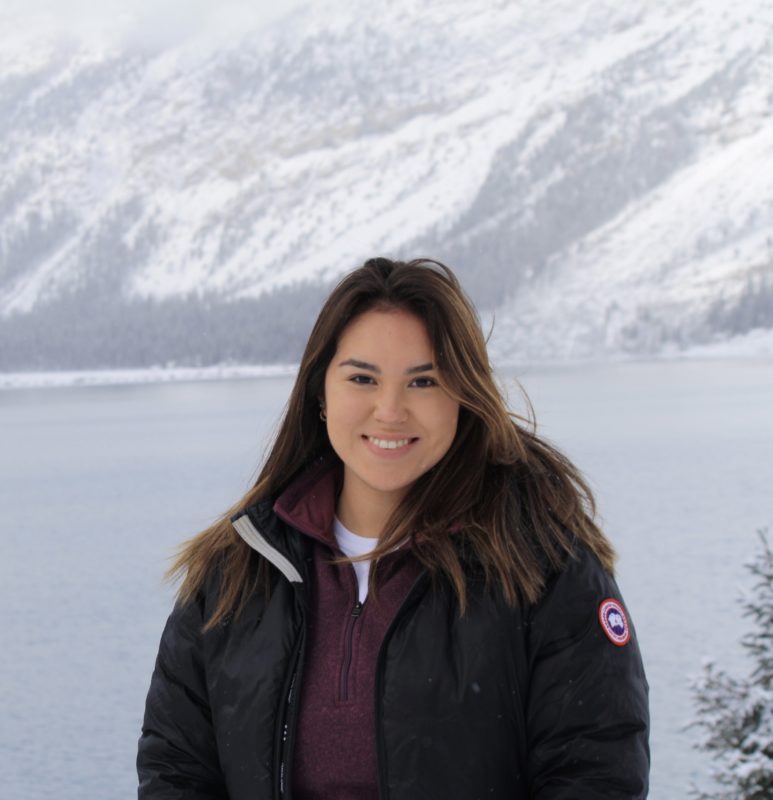 Hi I am Sterling McGregor, an Anishinaabe youth from Whitefish River First Nation just north of Manitoulin Island. I am 18 years old and have just graduated from Lo-Ellen Park Secondary School in Sudbury, Ontario. I plan to continue my studies at the University of British Columbia focusing on Indigenous Studies and Political Science. I have played a variety of sports throughout my life and especially enjoy softball and hockey. I am a member of the Seven Generations Youth Council which is a youth led leadership council in my community to preserve and protect our language and culture as well as amplify young voices to shed light on events in our community and Canadian society. I am excited to be a part of this project to develop a better connection to the land and elders.

Project Description: My family has a sugarbush where we have made maple syrup for countless generations. It is a yearly tradition where, starting in March or even February, we wash out hundreds of pails in preparation for collecting the sap. The sap typically runs until Easter when we close the season with a large family fish fry. The intervening weeks are all about tradition and family, with many members of my immediate and extended family spending long hours in the bush, tending the fire, collecting sap, and telling stories.

However, this year was much different from those past. Four of the men, who play a large part in running the whole operation, were quarantined in the early weeks and couldn’t make it into the camp. Two of them, my uncles, had just come back from a conference in Toronto and were under strict quarantine.  My brother Theron and cousin Arden were also physical distancing as they had just moved home from Toronto because they felt more safe from the virus on the reserve. Right off the hop, it was easy to tell this year would be different.

In a typical year we have several branches of the McGregor family coming out to help, meaning it’s not only my aunts and uncles and their children - but also my second and third cousins coming from near and far to lend a hand in making the syrup. At the beginning of the season my uncles shovel the entirety of the trail to the camp so that it’s free from snow and so that the quads (ATVs) can get in. The trails must be shoveled right up to the trees, and the main walkways around the camp must also be cleared. Next, the pails and spiles are brought in. Each day leading up to the opening of camp, trees are tapped and fashioned with the buckets and spiles.

Once the sugarbush opens, there has to be a number of people present every day for it to be maintained. There is the fire keeper, who has usually been my grandpa (but who passed on last year), one of my uncles, or possibly my brother Theron or cousin Arden and maybe even my aunt Lissa from time to time.  In addition to the fire keeper (who runs the show, basically), we need haulers to bring the sap in from the 200 or so pails around the camp. Haul occurs every afternoon at 4 or 5, when the kids are off the bus from school and the adults are off work and have time to walk in. Ideally, we’d have around 7 people hauling but it’s possible with just a few. One of my brothers or uncles splits wood to keep the flames burning all day long. The cousins always bring snacks and treats to keep the haulers and fire keepers fed. In the times when we aren’t hauling or splitting wood or grabbing water from the spring for tea, there’s much storytelling and chit chat around the fire.  There are always hot dogs or marshmallows roasting for the little ones and one of my uncles is bound to say “In or out!”, as inevitably the kids keep running in and out of the shack because while the smoke is often too much for their eyes, the marshmallows are also too hard to resist.

There is a great deal of order and many systems in place at sugar camp.  There are unwritten rules as well as written ones. There are 17 rules or so in the logbook that detail just how someone should act when at sugarbush. There’s also a hierarchy of sorts for the people.  My grandpa was always at the helm; he knew the most about what went on. Then there are the senior fire keepers who are 3 of my uncles - Steve, Murray Jr, and Derek. Next, there are the junior fire keepers - Theron, Arden, Lissa, and Sue. There are apprentices, the ones who learn by watching and listening to the older ones - that’s myself and Max for now; the little ones Delilah and Breaha are 5 or 10 years behind us. But it’s not all serious; there’s always laughter and smiles all around. With the ever-changing hauler crew there are always more stories to be heard.

This year was quiet. We opened our sugarbush during March Break, which just happened to coincide with the start of the pandemic, in our area anyway. No one was to leave their house other than for groceries, limiting their exposure to just the people in their own household. School was also postponed, and work was done from home. My uncles Steve and Jr. weren’t to be mingling with the rest of our family, Arden and
Theron were stuck isolating at their cottage, and my grandma and Aunt Leslie were housebound because my grandma is 80 and classified as vulnerable. My uncles from other reserves or the city weren’t going to be coming so that the virus wouldn’t be spread to us. And because of the limit of 10 in a social circle, the other cousins and extended family wouldn’t be in at all this year.

My aunt Lissa stepped up and took on the role of main fire keeper for the weeks that my uncles were quarantined and even for many of the days afterwards. She’s a teacher so we were fortunate enough that as a result of the pandemic she didn’t physically have to be in her classroom. My uncle Derek could only make it out for so many days because of his job and family. My aunt Deb was stuck in Toronto for the entirety of sugarbush season. We were limited with bodies to say the least. It seemed like for the first two weeks myself and Lissa were there a lot.  Lissa was there all day watching the fire and I’d be in to haul, talk, and eventually learn tricks of the trade when my uncles could finally come. I really had to take on more responsibility this year; it’s probably the most time I’ve spent in the sugarbush over the last 5 years combined. I’m usually in Sudbury for school so I can’t make it in often, or my hockey season is winding down and baseball starting up. This year everything was on pause, and until April 6th, when online school started, I was free all day. Sometimes I’d walk the 3kms from my aunt’s house around the Bay and through the bush, taking the quad trails to the camp. If I was lucky enough, I could score a ride with one of my uncles. Steve and Derek taught me how to split wood and make kindling for the fire. This is usually my brother Theron’s job; he loves it and even excels at it. But he was in quarantine and I was the next best option, I suppose.

At the beginning of the season I was even being taught how to tap trees, how to tell which trees are going to give sap to us and where the right spot on the tree is to insert a spile. Every day I was going to the spring to get water for our tea or to clean the pots and mugs in the evening. Many evenings I stayed until the finishing pot was done and the syrup was ready to be transferred. Someone would scoop it with the special mug into the special pot and I had the special spoon to assist it in passing through the filtering rag. It’s all very orderly and specific, we cannot get the last part

wrong or waste a single drop. We know just how much work has gone into this pail of syrup. Then Lissa, myself and probably Derek would wash the pot, tools and mugs from the day with the water that was warming from the fire. Next, we would dump the dirty water outside, gather the garbage so the bears or raccoons wouldn’t get to it, and trek out back to the cars to head home for supper.

I was even learning how to finish the syrup.  The tell-tale signs of when it’s done started to become clearer in the last few weeks:  the second “scummage” after the last boil, and the syrup making a ball when it falls off the dipper into the test water. These things were not foreign to me; in previous years my uncles would tell me to come take a look at what they were doing, but never would they ask me if I thought the syrup was ready. This year, though, a few times they’d say to me, “What do you think? A few more minutes or is it done?” It felt nice to be one of the core people, especially knowing that I won’t be one again for several years because I’ll be away at school in the springtimes.

To end the year, usually right at Easter, the whole family gathers at the camp for the last boil and a huge fish fry. There can be upwards of 30 people:  the core family, the cousins, and often the cousins bring a friend or two along. It’s a big deal. This year we had 10, no more than the lockdown guidelines allowed, but no less because everyone wants to come. It was the people who’d been around for most of the season: my uncles, a few aunts, a few cousins, and myself. It all felt very weird.  Usually the sugar camp is its own world and not much changes within it, even though the world around it is changing constantly. This year it had to adapt and change with the times. It was good and bad.  Bad because I missed my brother Theron and cousin Arden and the steady stream of other cousins in and out (and the baking they frequently bring with them). However, it was good because it gave me and some others an opportunity to step up and learn things we probably wouldn’t have for several years, if it weren’t for coronavirus.
.